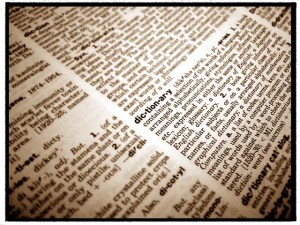 Take a look at the stories behind these English words:

Island – “Island” came from the Old English íglund, and was spelled illond, ylonde, or ilande until someone picked up the ‘s’ from Latin insula and stuck it where it had never been meant to be. Most of the words that got Latinized did have some distant connection, through French, with the ancient Latin words that dictated their new spellings. However, sometimes a Latin-inspired letter got stuck into a word that hadn’t even come through Latin.

Receipt – When the word came into English from French it had no ‘p’, and no one pronounced it as if it did. Enthusiastic Latinizers later added the ‘p’ on analogy with the Latin receptus. This is also how debt and doubt got their ‘b’s, salmon and solder got their ‘l’s, and indict got its ‘c.’

Hors d’oeuvres – A wave of French words came into English starting around 1700. They came from the high life, fashion, courtly manners, cuisine, and the arts. We got words like bouillon, casserole, vinaigrette, protégé, ballet, bouquet, boutique, silhouette, etiquette, and faux pas. These words have kept their French spellings, and we get as close as we can to their pronunciations.

Wednesday – Woden was an Anglo-Saxon god associated with both fury and poetic inspiration. He also had a career in curing horses and carrying off the dead, and Wednesday is his day. Woden’s day has gone through various spellings—wodnesdaeg, Weodnesdei, Wenysday, wonysday, Weddinsday—but even though Shakespeare tried to match pronunciation with his very reasonable “Wensday,” it didn’t stick. Woden got to keep his ‘d’ and his day.

February – February also came into English from French. The French feverier first became English feverere, or feverell. But in the 16th and 17th centuries, a craze for all things classical caused writers to start re-Latinizing their spelling—making words look more like their ancient language sources, whatever their current pronunciation. It was a way to make your documents look more intelligent and fancy. And so, in writing, they made February look more like Februarius.