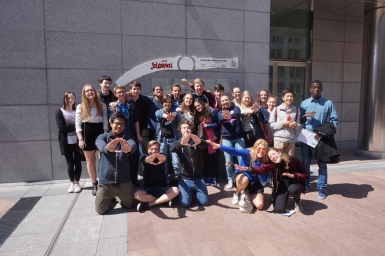 This is an interactive/role play activity which enables the students to become a Member of the European Parliament (MEP) for a few hours. The students were all assigned a political party and a task to complete with cooperation from the other political parties.

The two issues debated and passed were a European Water Pipe, to transfer water to the South of Europe and European citizens having a chip implanted which contained the person’s ID and medical background.